The SOFA4MANHATTAN project created in collaboration with Design-Apart, designed by Lera Moiseeva along with Luca Nichetto, has become a collection.

We will be presenting the SOFA4MANHATTAN at the Fuorisalone 2015 along with friends, in April 14 to19, in 5 Vie District Art + Design.

The Collection SOFA4MANHATTAN is the culmination of a venture that began in Meda, Italy and travelled to New York in 2014.  The project put us all to the test, especially defining the multitude of roles, nonetheless it gave us the opportunity to collaborate with the design world in a completely new way.

Working together with Diego Paccagnella and Stefano Micelli we spoke about the best ways to introduce our company and Italian manufacturing to the people of New York.  For us the collaboration established “crowdcrafting” or the open laboratory as a new way to think about design and production.

DivanoXManagua (Fuorisalone 2013) was our first open laboratory. The SOFA4MANHATTAN, the second crowdcrafting project confirms that our company has become a real “open ecosystem: inviting the public to work together, designing and building a custom-made sofa. We know it can be accomplished by different people, even far away from our own laboratory.”

As you may recall, the project SOFA4MANHATTAN was developed in three phases: 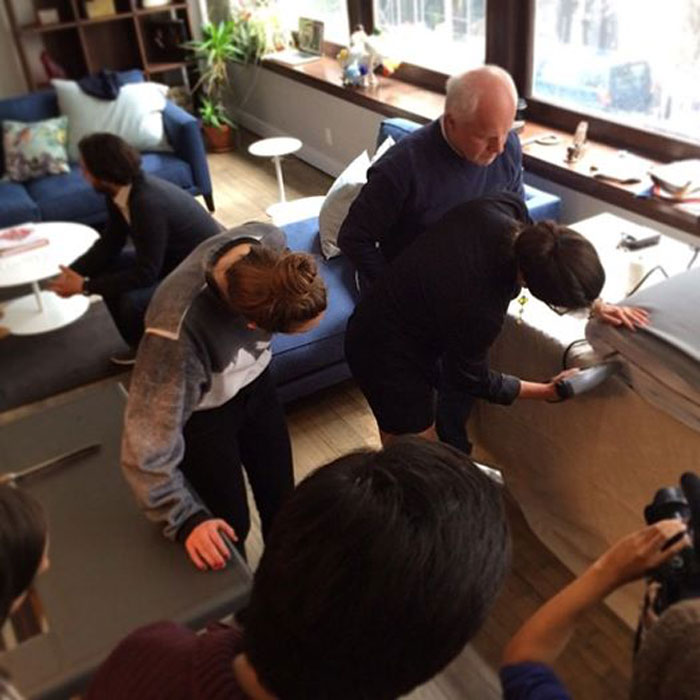 The 4th stage involved the designer, Lera Moiseeva together with Luca Nichetto, where we introduced new upholstered elements, new backs, new legs and bases that produce an almost infinite number of modular compositions.

This describes Berto style, we can customize every aspect: from the unmistakable thin backrest to the base covered in fabric or in leather, to the contrast stitching.

For us, the experience was great, working on the principles that gave birth to the first prototype and then to recognize in every new model the desire for sanctuary, peace and relaxation.