We mentioned earlier that the essay “Futuro Artigiano“, by Stefano Micelli, had fascinated and interested us. 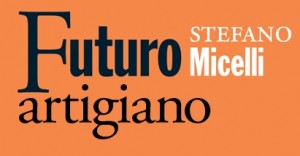 Truly it’s a vision that is interwoven with our way of thinking; creating value based on working with your hands is what we have done from our first day of work, in 1974.

Professor Micelli teaches economics at the University of Venice, he focuses his research on the transformation of the Italian industrial system with particular attention given to the issue of the competitiveness of small and medium size enterprises. Our professional affiliation has evolved thanks to his research and the initiative to work together, to better understand the atmosphere of an artisan, Berto Salotti hosts a group of his students in Meda, so they could “live the experience as future artisans”.

In short, we understand Professor Micelli’s approach, what inspired us led us to our new advertising strategy, #whyBerto.  We now communicate through a series of videos clips, with content and conversations relative to our products.

We will continue with #whyBerto, in fact, we appreciate what you wrote Professor Micelli just below the title of your book, on the cover: “Innovation in the hands of the Italians.”  This gave us a greater desire to expand the discussion and what better way to do just that than an interview. 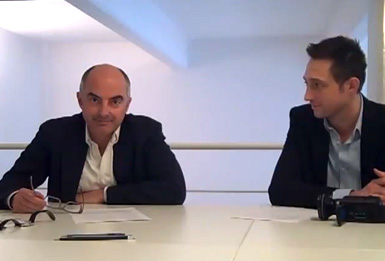 Berto Salotti: Thank you for being available for this interview, Stefano.  In your opinion, why has innovation suddenly passed through the hands of Italians? Why now and not 10 years ago?
Stefano Micelli: Innovation has always been learned by doing: today we realize it because we look differently at economic and social phenomena that are always before our eyes. Over the last fifteen years we have embraced the idea that innovation would pass only through scientific research and industrial patents. However, this just isn’t so any longer.  Innovation also passes from doing.  This does not mean we should underestimate the importance of investment in research.  We simply must keep in mind that without the dimension of innovation from doing, advancement clearly remains stagnant.  This dimension we originally underestimated, and are somewhat guilty, because in reality it’s one of the strengths of our country.

BS: Why this book? What course of study and what type of human encounter pushed you to elaborate this thesis?
SM: A decade of my life was spent studying the clusters and the transformation of the competitive model of what is: “Made in Italy”.  It’s been an interesting study because I was able to look closely at the transformation of our way of doing business. Just because I followed the business model over time, the variance of certain elements has become very clear to me.  And, one of these elements is knowing how to make artisan matrixes, which now more and more is combined with managerial techniques and marketing research, which has always remained constant in the background.

BS: Many people compare your book to “The Craftsman” by Robert Sennett: The Italian case has similarities with the American?
SM: Sennett’s book is about sociological matrixes, with some philosophical passages. He speaks of the working man, highlighting his role in Western culture, his (many) virtues and his limitations. I, on the other hand, am an economist as a result I look at craftsmanship from another point of view: how the work of the artisan makes our manufacturing system competitive, in a global economy, whether we speak of small businesses or large established brands. We have two complementary viewpoints. For those who have read Sennett, it may be interesting to complete the course and read my book as well.

BS: The idea that innovation is in the hands of the Italians; considering the transportation obstacles and bureaucratic infrastructure of our country, which has so far has strangled our economy, isn’t it a bit optimistic?
SM: Our country has many problems and yet we have to imagine this as our starting point. The book is an interesting signpost for those who wish to confront the theme of restarting.  Just like someone who has to cross a river they must decide where to put their feet in order to jump to the other side, the same is true for our country eventually we must decide where to find a reliable foothold. I’m not saying that this is the only possibility, but it is certainly a good one.

BS: You have a great deal of contact with our youth; they are the future of our society and our economy.  How do they envision their future? Do they like the idea of being future artisans?
SM: To exit from the present crisis we need a new strategy toward ​​work. Today, there is more talk about employment contracts than about work in itself.  It’s something a bit different isn’t it? To begin with, we must explain to young people, the new generation, what they may actually encounter in the years to come. The young people who have already bought my book did so because they asked themselves, “What will I do for eight hours a day?”  We must also acknowledge that today’s twenty something’s are the first generation of fully digital adults, their exposure to making and doing something with their hands is revolutionary and in many cases, an exciting discovery.

BS: All of us at Berto Salotti have had an excellent experience with your students coming to Meda. Did your students find that the working world still has worthy opportunities to offer young people, or are we still up against the never ending cycle of sending CVs that no one answers?
SM: Let’s begin by talking about the new manufacturing economy. This implies a different attitude from the youth of today, knowing how to do something and being able to produce it.  Instead of speaking of an Italy as defeatist and systematically reluctant to modernization, we must tell our young people that there are treasures to be valued, companies like Berto Salotti, along with many other Italian businesses, are what the world envies and in a global economy there are still great possibilities for growth. If we provide young people a positive picture we put new energy into motion. One thing I want to emphasize is: not all young people must become craftsmen!  The sense of my book is another. We must recognize the artisan as a treasure with which to restart the economy.

BS: Italy vs. The rest of World: Your book has many encouraging pages on the future of our country, reading them however, while the rating agencies massacred Italy had a particular effect.  What can you say about this apparent contradiction?
SM: If we look at how the capacity for innovation was measured in the last 10 years, we discover that we have always been considered last in the class because we have been assessed on the basis of variables related to the very logic of big business and finance.  Now, even the United States understands the importance of innovation in manufacturing processes, keeping this in mind, we go back to being an interesting country to study, having looked at the processes differently.

BS: Let’s imagine a future where your arguments have become recognized in Italy and around the world, and that our country has been able to “build innovation with our hands. “In your opinion, which of these drivers would be most important: politicians, corporations, global trends?
SM: I would without any doubt say that if something has to change in our culture it changes from below. Internet certainly has had an enormous influence from this point of view.  As an economist, I believe that one of the crucial points that our future rests upon (and the future of working men and women) is that of distribution. Our distribution methods are relative to a typical model of mass production. If we want to think about new ways to enhance the value of craftsmen, on a different scale from what we practice today, we must adjust our methods of distribution, and in general alter our approach to communication about the product, logistics and electronic commerce.

BS: Last week Rome hosted a great event, World Wide Rome; Chris Anderson was the honoured guest, during the event he said that, “Italy could become the home of the makers.”  But are we not already home to the most excellence craft production?
SM: This is the thesis of the book: “we are already the home of the makers,” the problem is that we have not realized it yet. This thesis is also a provocation. We are arguing that our workers are not only guardians of tradition, but they are also innovators of globalization. This is the most important step forward we can make, like the fairytale caricature of Geppetto a craftsman by trade, he represents today the work of the artisan that gives many small, medium, and even large scale companies their competitive advantage.
The craftsman makes improvements by continually renewing the tools of his trade, using new materials and creating new ways of working. True craftsmanship is not something preserved in the past, but rather, is renewed in time and accepts the challenges of technology. To declare that, Italy is the home of the makers, means to speculate on the power of the internet and new technologies in general.  It’s like saying that our workers are not the protagonists of the (unhappy) decline in the economy but they are the protagonists of a new industrial revolution centred on new ideas of ​​work and value.

10.
BS: I know that you and Stefano Maffei are planning a special year for Fuorisalone. Can you give us a special preview?
SM: We have created a show with an explicit idea: AnalogicoDigitale. The project brings together the tradition of Italian craftsmanship with the potential of new technologies related to makers of: 3d printers, laser cutters, the new CNC machines that now populate the various makers’ shops and FabLab, etc.. The idea is to physically bring together these two groups, in the second half of April at the galleria Subaltern 1, in the Ventura area of Milan, set their goods around a table and  introduce them during the show. I think it will be an interesting opportunity to see a mixed group of people who are unfamiliar with one another, but who have good reason to come together.

1 thought on “Ten questions for “Futuro Artigiano” with Stefano Micelli”